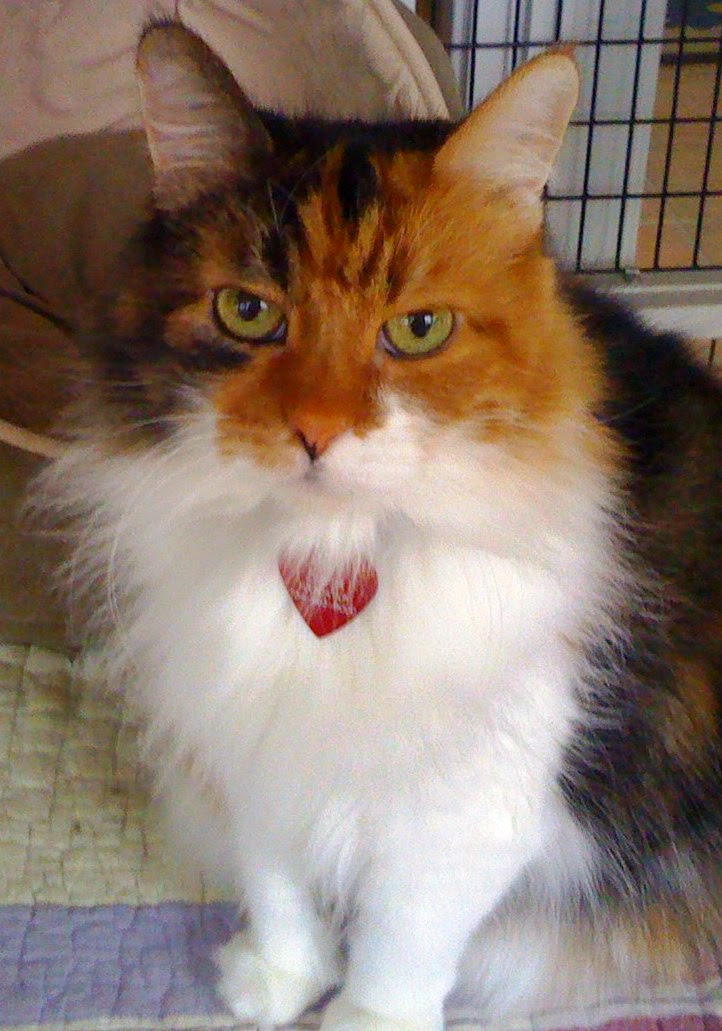 Calico cats are cat-lover cats.  They possess the traits all cats are cherished for – grace, beauty, peacefulness and curiosity – but they also possess a certain je ne sais quoi that make them very special to know.  Missy was an archetype Calico.

Even though she was a small cat – only 8 pounds at her best weight – Missy had the presence of a lioness – looking at humans and other cats (regardless of size) with a look of equality or dominance.  She feared no one.    When she entered a room she did so with the stride of a victorious general back from war. Yet she was also a loner – wanting attention and social interaction solely on her own terms.

Despite how special Missy was, we rescued her from death row at the Ann Arbor humane society in 2000 when her original guardian passed away.   As often happens, she had no relatives to take over Missy’s care and – at 7 years old -- the shelter considered her "too old" for adoption.   We had just started our Older Cats for Older People program and were able to take over her care and place her as a live-in service cat first for one elderly woman – and then when she passed away three years later -- to a second elderly couple.   She lived with them for a few years but their own health issues eventually became too great and she was returned to us to live out her life in retirement. 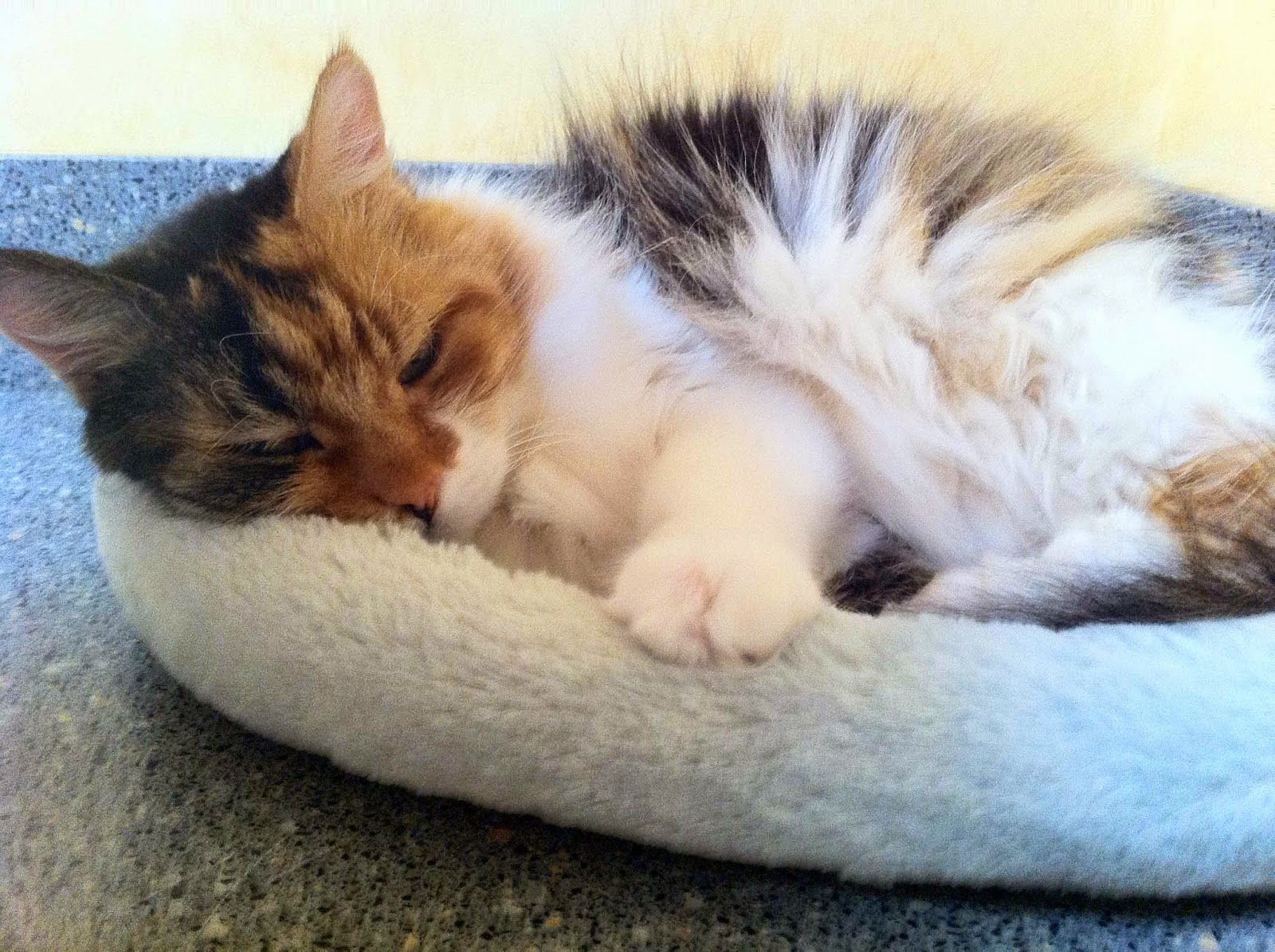 Maybe it was her flaming orange and black coat or the very alert look in her eyes but Missy
continued to look vibrant, healthy and youthful up until the last few months.   She had an unidentified tumor the size of a fist that started on her liver and continued to spread causing her to lose weight and become lethargic.

Finally on Friday it got the better of her and the quality of her 21-year life vanished.    We said our goodbyes and had her euthanized – not wanting her to suffer unnecessarily when there was no sign she could improve.  We were in awe of her stamina and will to live and will miss her greatly.
Posted by Kitty Zimmer at 10:09 AM No comments: 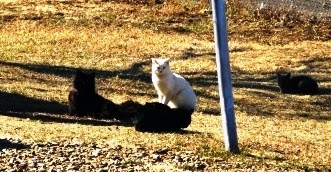 We recently awarded our Community Cat Program’s first feral cat TNR grant to the Animal Welfare Coalition of Northeastern New Mexico.  This grant will enable them to continue an important project they began earlier this year with a similar ASPCA grant.  Under that grant they fixed 180 free-roaming feral cats in San Miguel and surrounding counties.    Our grant should help them double that number.

San Miguel county is also one of the 10 counties we target with our low-income pet cat spay/neuter program – which over the last few years – has funded the sterilization of almost 6,500 cats through the 27 veterinary clinics that work with us.  These local clinics make free-and-local spay/neuter a welcome reality for low-income guardians – including the elderly, the disabled, the un-or under-employed, young families living on a tight budget and students.   Once their pet cats are sterilized, they become easier to care for – no more kittening, spraying and yowling – and stand a better chance of keeping their “forever” homes forever.      Those that don’t get fixed are always at  risk of being relinquished to shelters or abandoned outdoors where they form or join feral cat colonies. 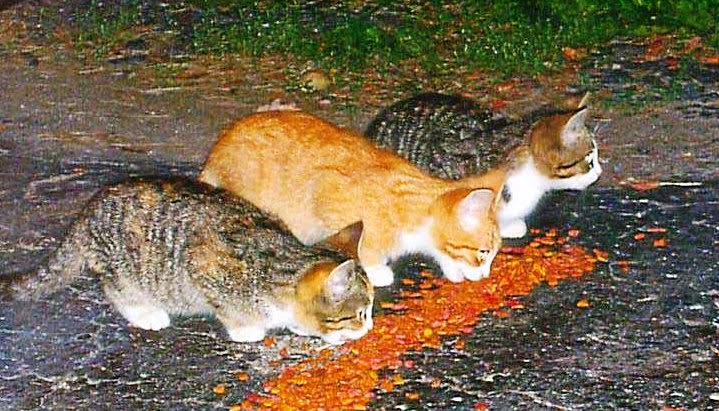 While our spay/neuter program isn't equipped to directly work with feral cats – we support the work of groups that can which is why we’re happy to fund the Animal Welfare Coalition project.  Their efforts complement our basic pet cat spay/neuter work and help further our mission of reducing the New Mexico cat population to a manageable number – stemming the growth of feral cat colonies and reducing shelter intake and euthanasias.
Posted by Kitty Zimmer at 1:18 PM No comments: