Yet another reason to fix your cat. 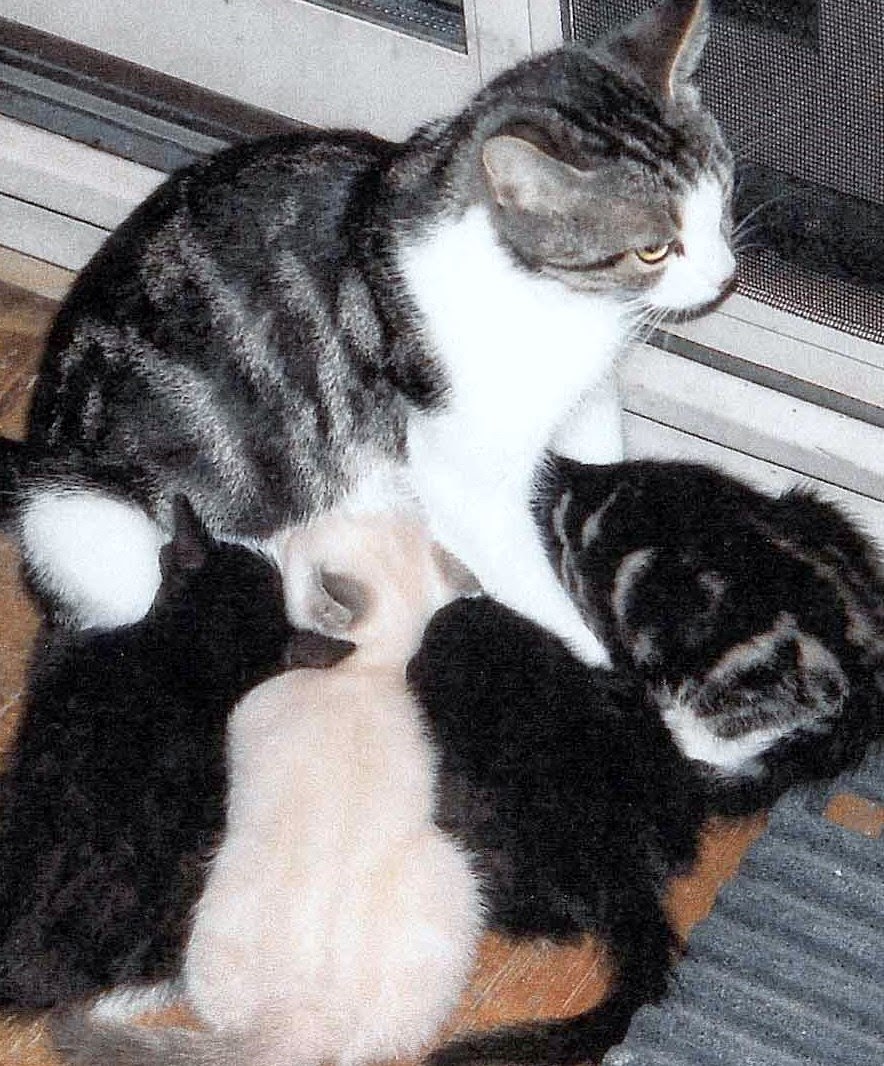 A few days ago we took a spay/neuter application from a woman with two cats – she wanted to get one of the cats spayed, but thought she’d need to give the other one to the shelter because there was “something wrong with her” and she lacked the money to take the cat to a vet for treatment.  We asked what was wrong with the cat and she said she didn't feel well and was oozing pus from her vagina.
We suggested getting vouchers for both cats anyway and taking the one that was sick to the vet asap – it’s possible spaying her would take care of the problem and she could keep her cat – and if the vet thought something else was wrong -- we may be able to cover some or all of the treatment cost if it was an acute health issue.

Lucky for this cat her mom took her in quickly and sure enough – the problem was pyometra – and the cure was getting her spayed.  Pyometra is an infection of the uterus and – if not treated quickly can lead to sepsis and death of the cat.  Only female cats that have not been spayed can get this type of infection – so when you’re weighing the odds of whether to let your cat reproduce or fix her – think of how sad you’d be to see your cat sick with a totally preventable infection.  Other illnesses your cats can’t get after they’re fixed include mammary gland tumors, uterine cancer and – in male cats – testicular cancer.


We still maintain the number one reason to fix your pet cats is that they’ll be easier for you to care for and will be better long-term companions but with secondary reasons like these – who wouldn’t want to get their cats fixed – sooner rather than later?
Posted by Kitty Zimmer at 1:14 PM No comments: