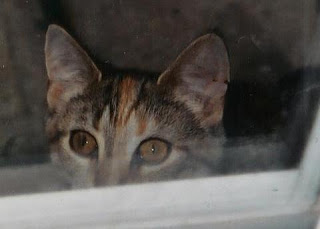 The landscape of animal protection laws is changing. Twenty years ago, only 4 states had felony laws for animal abuse – now 46 do. But it doesn’t stop there. During the same time period, the number of states banning animal abusers from having -- or being near -- pets has at least doubled to 27. And just over the last three years, states have begun enacting laws requiring animal control officers and social workers to share information on homes where domestic or animal abuse is found.

But this year, legislatures in New York, Tennessee and California have gone even further. They’ve introduced bills to establish state-wide animal abuser registries – similar to those used to alert communities of resident sex offenders. The registries would include anyone convicted of an animal cruelty felony -- including the malicious and intentional maiming, mutilation, torture, wounding or killing of a living animal – as well as animal hoarders and operators of animal-fighting rings. Such persons would have to register online or with the police providing a current photo and detailed personal information.

Having access to animal abuser data bases would be a tremendous boon to shelters and rescues that do pet adoptions– enabling them to more-effectively screen for known abusers. But keeping tabs on known animal abusers may benefit the community overall. FBI profilers have long considered animal abuse as one of the primary early indicators of persons capable of violent behavior toward people – and there’s a clear connection between animal abuse and domestic violence. . A recent study found that in homes where children are physically abused, 88% of the time their pets are also. Sadly many home abusers – knowing the special love between the family and their pets -- will torment the pets as a way of inflicting pain on their family.

Would animal abuser directories be effective? Potentially. But to truly work, the courts would have to take animal abuse more seriously and provide the felony convictions necessary to get the abusers eligible for a registry. With the exception of animal fighting rings which enjoy a high rate of conviction, pet animal abuse is often punished with lesser offenses if at all.
Posted by Kitty Zimmer at 10:06 AM