Onyx Passes Away at 19 Years 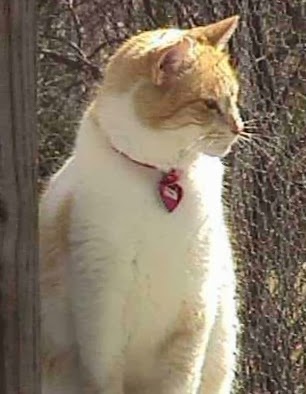 With a heavy heart we said goodbye to Onyx on Tuesday – almost exactly 11 years after we accepted him into our Older Cats for Older People Program in Ann Arbor, Michigan.  Onyx was a transfer from the local animal control shelter who knew little about him other than he appeared to be at least 8 years old making him “too old” for their adoption program.
His past was a blank because he was turned in as a homeless stray cat, yet he could equally have been someone’s indoor-outdoor pet.  Unlike most cats, Onyx had zero fear of people and so while playing outdoors, would have approached any stranger passing by -- and that friendliness may have cost him his original home.  All too often people who see cats outdoors assume the worst – that the cat has been abandoned by its guardian and/or gotten lost and will “die on the streets” -- where in reality they have a home and a caregiver nearby.  They needlessly uproot the cats and take them to a shelter where they are as likely killed as re-homed. 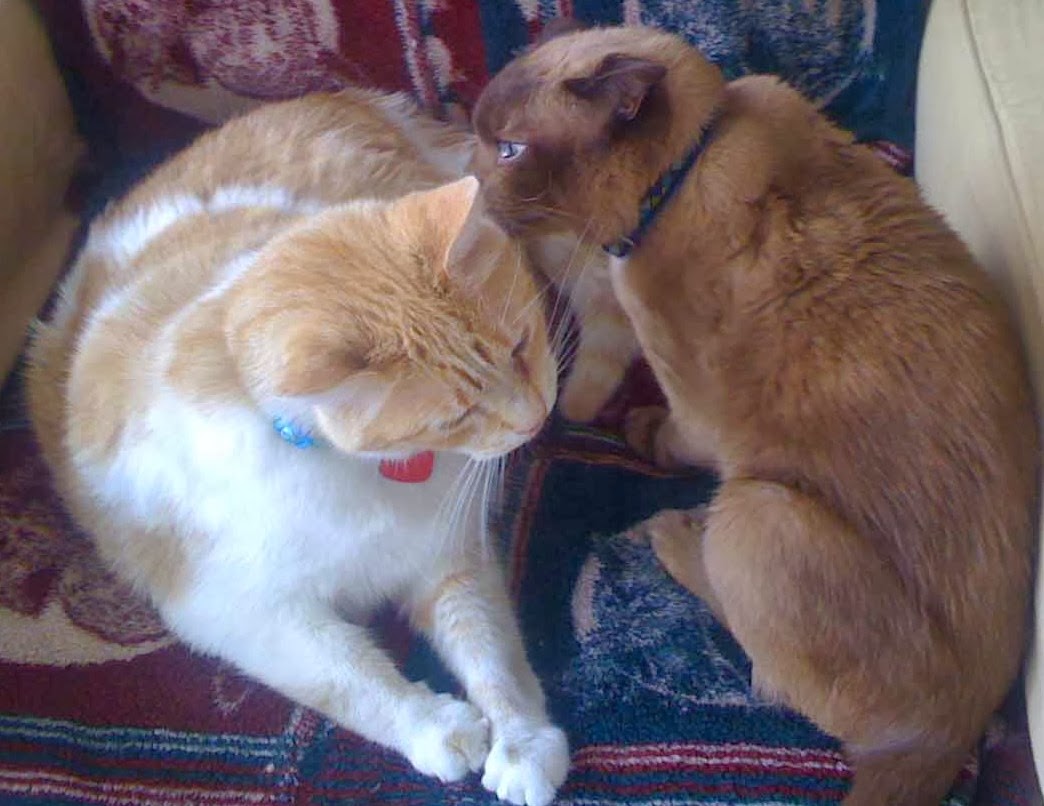 Moving to our cage-free older cat sanctuary turned out to be a boon for Onyx – as he thoroughly enjoyed the companionship of both people and other cats.  Of the 70+ cats we took in, he was one of only 3 that immediately settled in to group living.  He loved other cats and would spend hours snuggling and grooming them – yet every now and then he’d attack a cat without notice or provocation.  And – if it had not been for a pesky problem he had with nipping people, he could have been adopted out several times over in spite of his advanced age.    Visitors were fascinated by his extroversion and his willingness to jump up on their laps even though he didn't know them.  Caring for Onyx over the last 11 years wasn't always easy -- but it was always fascinating.  His incredible openness and curiosity made him a cat bar none.

Losing a cat is often like losing a family member.  It gives you a sudden feeling of helplessness that you couldn't do something to intervene.    Yet – as we've learned so often in caring for the cats in our Older Cat Program death is unstoppable and – in a strange way – often kind.  Onyx had been dying for a long time – you could almost see him fading away as his weight steadily dropped from 17 pounds 18 months ago to just under 5 pounds on Tuesday.  Over that time he was examined by 5 different veterinarians with no definitive diagnosis as to the cause of the weight loss.   Sure he was old and was hyperthyroid and had chronic kidney disease – but there was no "smoking gun" as to what was going on with him.    Yet as much as we saw him physically erode, mentally he stayed alert up until Monday afternoon when he became very tired and we knew it was time to say goodbye – to let him sleep in peace forever – and hopefully to get to the Rainbow Bridge to reconnect with all his old TLC friends that passed before him.
Posted by Kitty Zimmer at 1:07 PM No comments: