“Do You Have Any Room For Cats and/or Kittens? We have had 3 stray cats give birth to 17 kittens in our garage and around our home. Can you help with this problem?” 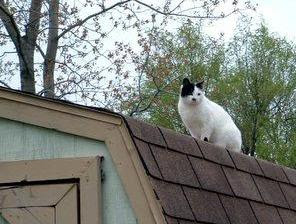 Here we go again. On yesterday’s local news, one of Albuquerque’s animal control officers reported their shelter's burgeoning with stray cats and kittens and they can’t take any more in until the numbers drop – and this is only April – just the onset of “kitten season”.

So if Albuquerque Animal Control is closed to new cat admissions, what do they recommend as the alternative? Leave adult outdoor cats where they are but work with your local spay/neuter programs to get them fixed. They point out that cats often have a better chance of survival living outdoors than at at a crowded animal control shelter – and that’s true any time of year not just during kitten season. They also recommend leaving newborns with their mothers – they die at shelters too – when a foster home isn’t readily available.  (If you do want to rescue kittens – and when possible that’s preferable to letting them grow up feral -- it’s best to wait until their 4 weeks old. But rescue them only if you (or someone you know) has 3-4 weeks to spend teaching them how to be pet cats and networking to place them in good indoor homes. Our Feral Colony Handbook gives a good overview of the process in Appendix C.)

Not too long ago we may have heard a distinctly different PSA – reporting the same event – an overcrowded shelter overflowing with cats and kittens -- but blaming “irresponsible pet owners who don’t fix their cats” for the problem. And the shelters would have responded differently as well. Instead of suggesting leaving stray cats outdoors and getting them fixed, they would have euthanized them as excess. We have Alley Cat Allies to thank for this sea change in shelter behavior -- their many years of advocating for TNR (trap-neuter-return of stray and feral cats) is finally paying off – replacing shelter euthanasia with sterilization of all cats – living indoors and out.

So when someone asks us to help with 17 cats – 14 of which are kittens -- our heart sinks. All too often people don’t see the urgency of fixing cats until after kittens are born -- when they’re overwhelmed by the numbers. Then it’s too late.  The simple task of fixing and caring for 3 adult cats becomes the daunting task of also socializing and placing 14 kittens.


It’s okay to feed outdoor cats – but don’t let yourself get overwhelmed by them. Take charge of the situation and fix the cats before they reproduce. And, if you live in our community, we’d like to help with our Cat Spay of Santa Fe program. It’s open to cat caregivers with family incomes under $40,000 per year. We can provide up to 3 free spay/neuter vouchers for the cats in your care – and we don’t care if they live indoors or out so long as they have a permanent home with you.  Visit our web site for details.
Posted by Kitty Zimmer at 10:58 AM